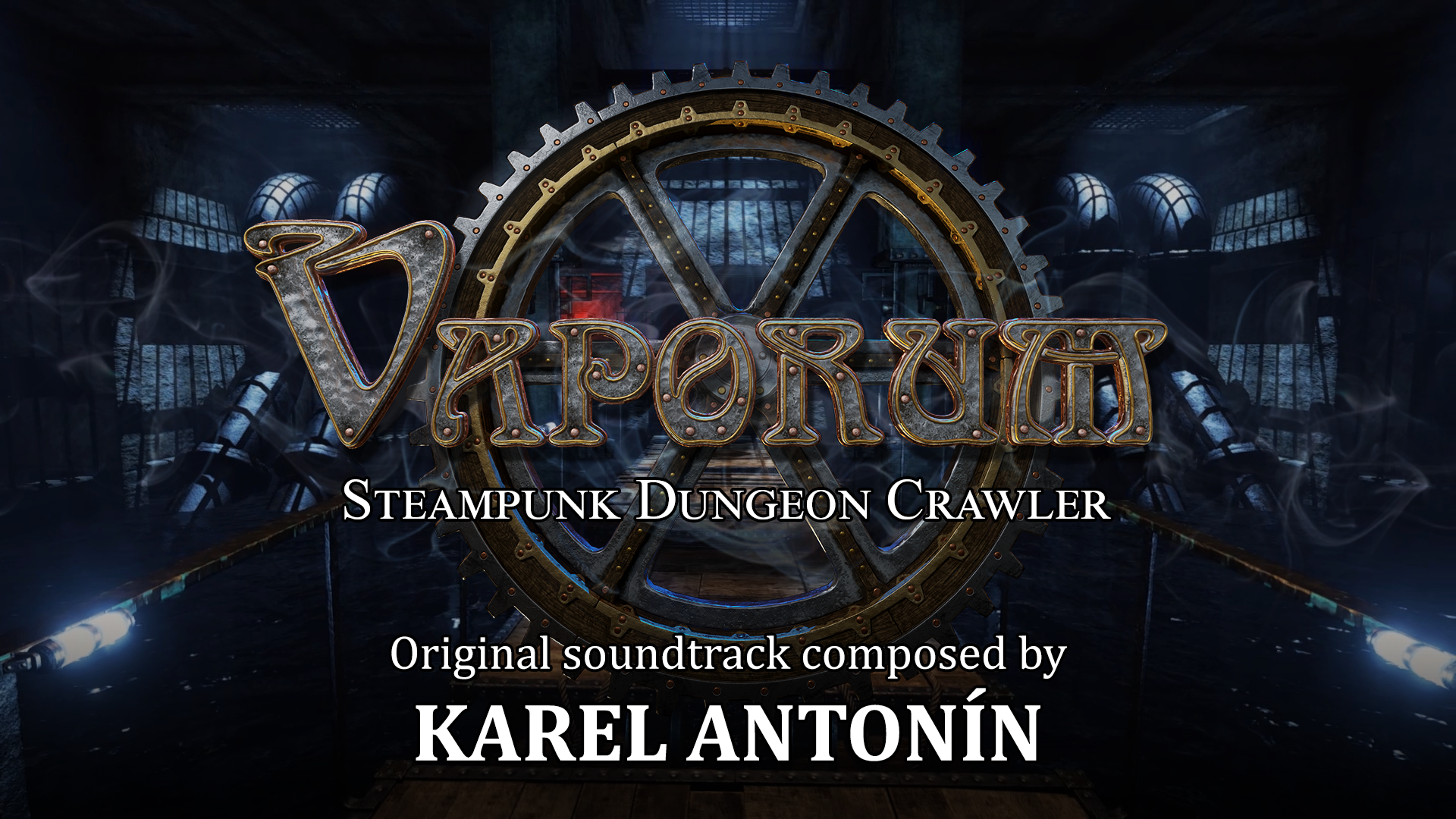 We poured our hearts into our very first game, Vaporum. But it would never have come to exist without the help of a few people outside the studio. One of these highly talented people is the great music composer, Karel Antonin.

We understand that sound & music are just as important as gameplay itself, and so we’re very happy that we were able to work with Karel, whose music perfectly captured the dark atmosphere of the Arx Vaporum. Outside the game, you could only listen to Vaporum’s soundtrack on a physical disc of the Switch Signature Edition made by Merge Games, which we’re very thankful for.

But now, we’d love all of you to be able to enjoy the greasy steampunk tunes, so we decided to give you an early holiday present.