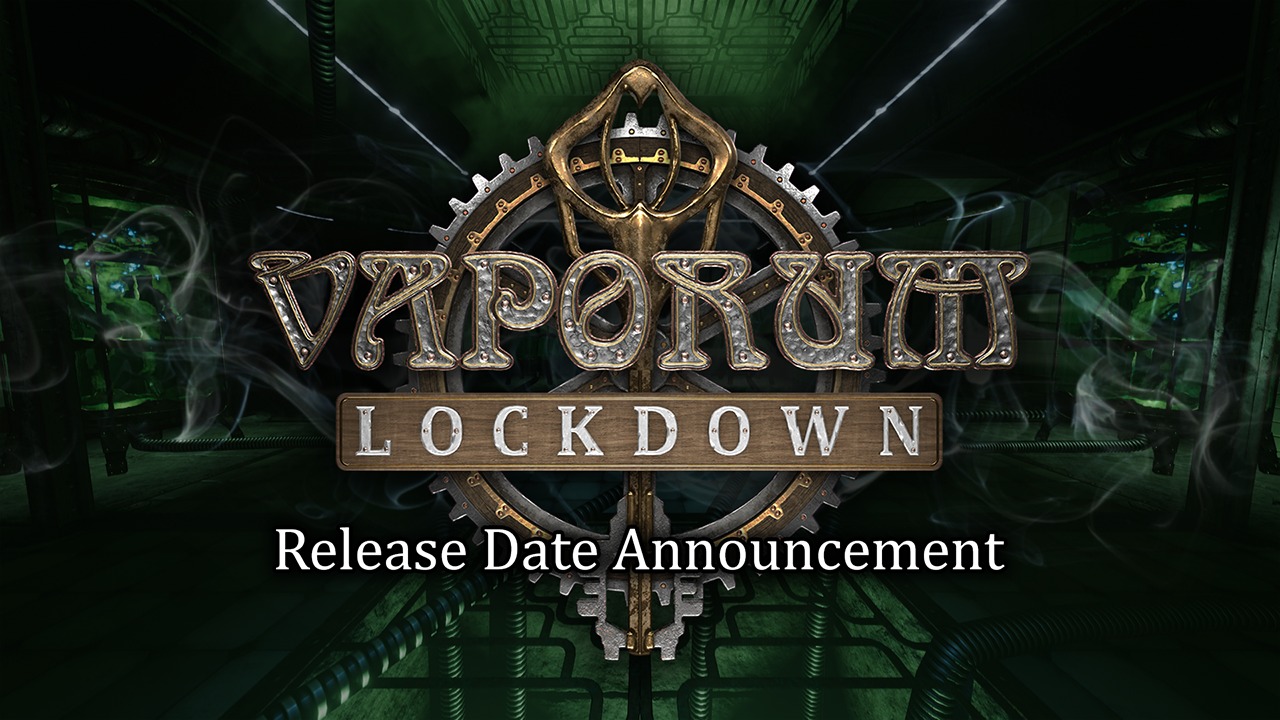 We are super excited to be finally able to announce the launch date of Vaporum: Lockdown. The game is coming out on September 15 on Windows (Steam, GOG, Humble Store/Widget), shortly followed by Mac & Linux.

You can read the official press release below, as well as watch the launch trailer containing new gameplay snippets that you can look forward to!

Thank you everyone for your patience and for staying with us all this time!

Vaporum: Lockdown by Fatbot Games is a grid-based single-player dungeon crawler in an original steampunk setting, inspired by classics such as Dungeon Master and Eye of the Beholder, or the new Legend of Grimrock series.

The game is coming out on September 15 on Windows (Steam, GOG, Humble Store/Widget), shortly followed by Mac & Linux.

Vaporum: Lockdown, prequel to critically acclaimed Vaporum, expands on everything that made the original game good.

Follow the story of Ellie Teller, a scientist who is a part of a mysterious research project in the middle of an ocean. After disastrous events, she struggles to survive and escape the tower of Arx Vaporum.

Vaporum: Lockdown on Nintendo Switch is out NOW!

Level Design Contest results are in!